'The Establishment: And How They Get Away With It' by Owen Jones

'The Establishment: And How They Get Away With It' by Owen Jones

The Establishment: (And How They Get Away With It)

Owen Jones writes for The Guardian and also for the Independent, and his new book goes to the opposite end of Society from those "Chavs" that he wrote about in his first one.  This one is for all you conspiracy theorists, who suspect that everything is decided quietly and out of sight by faceless people, some of whom were recently forced, blinking, into the spotlight by fun and games around Chipping Norton, phone-hacking and a legal enquiry.

Little will come as a complete surprise, but the sheer weight of evidence exposed by Jones confirms how much we are governed through nods and winks among the great and the good.

Oh, and there is a cover blurb from Russell Brand in which he lauds Owen Jones as ‘This generation’s Orwell’.

Oh, and there is a cover blurb from Russell Brand in which he lauds Owen Jones as ‘This generation’s Orwell’.

Seems a good reason to avoid it like the plague.
Have you read it, OW?

Have I read it? Absolutely not, there's far too much of this left-wing agitprop around already. Take care I don't summon the Beadle!

He's not wrong though, is he?

Boatlady, I have been reading such polemic for the last fifty years, and the Toffs still laugh at we proles twisting on their fish-hooks.

oftenwrong wrote:-
Have I read it? Absolutely not

I read it on holiday in June. I see that Archie Bland of ‘The Independent’ describes it as “powerful and timely”. Powerful yes, but the timing of the book – published in 2014 – means that it’s somewhat out of date now because of the 2015 election and the 2016 referendum. Jones thought that the election would result in another hung parliament, and in this book he tries to warn of the consequences of a Tory win. In the foreword, Jones says “Labour by and large accepts the Conservative roadmap and is still travelling along the same road”. That’s also out of date because of Jeremy Corbyn’s election as Labour leader last September and the battle which is now taking place for the soul of the party, with seemingly irreconcilable differences between the majority of MPs and the majority of members.

My other criticism is that for anyone who has read ‘The Shock Doctrine’ by Naomi Klein, much of the same ground is covered. Jones reminds us, as Klein did, of Milton Friedman’s view that a grand crisis – actual or perceived - is always necessary to transform society. Klein’s book was published in 2007, before the crash of September 2008, and yet it predicted how right-wing governments would respond, providing as it did the perfect excuse for Cameron and Osborne to shrink the UK state for ideological reasons. Jones correctly points out how there was a concerted attempt to redirect people’s anger away from the powerful and towards more visible targets, such as immigrants, unemployed people, benefit claimants and public sector workers. It’s hardly part of a conspiracy theory to recall Osborne’s provocative remark about checking to see if the curtains of your neighbours are still drawn when you set off for work.

‘The Establishment’ is well researched and full of facts. Its theme is that the right are ruthless, opportunistic and not averse to distorting the facts and changing the narrative; few of us would argue with that. However, the book should probably have been written at least a year earlier – or maybe about now. This is my favourite passage:-

“Future generations will surely look back with a mixture of astonishment and contempt at how British society is currently organised: the richest 1,000 individuals worth £520 billion, while hundreds of thousands of people have to queue to eat in food banks; a thriving financial elite that helped plunge Britain into a vortex of economic collapse, which was rescued by over £1 trillion of public money but continues to operate much as before; a reigning dogma that treats the state as an obstacle to be eradicated and shunned, even as the state serves as the backbone for private interests; a corporate elite, dependent as it is on state largesse, that refuses to contribute money to the state; a media that does not exist to inform, educate, as well as challenge all those with power, but which serves as a platform for the ambitions, prejudices and naked self-interest of a small number of wealthy moguls.”

These are bleak times in most of Europe for those of us on the left, and in some very worrying ways it’s rather like the 1930s. The wrong policies were pursued after the 1929 crash and again after 2008. Scapegoats such as the EU and immigrants are being found, nationalism is rearing its ugly head, and too many people are not yet ready to listen to our remedies. Let’s hope that we don’t need the devastation of another world war before they are.

In 1956, Tony Crosland’s book ‘The Future of Socialism” was published, celebrating “a leftward shift in the balance of electoral opinion”, even though the Tories had been re-elected the year before. Crosland wrote that they were fighting elections largely on policies which twenty years earlier were associated with the left and repudiated by the right. He as good as said “we’ve won”. How wrong he was! Owen Jones writes that those with the power would be wise to take note of history: “The illusion of every era is that it is permanent. Opponents who seem laughably irrelevant and fragmented can enjoy sudden reversals of fortunes.” So don’t write off Jeremy Corbyn just yet. 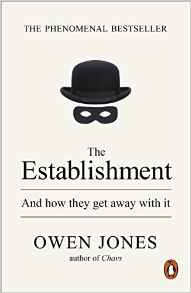