“Whipping Up A Storm” by Natalie Rowe

“Whipping Up A Storm” by Natalie Rowe

“I was the black sheep in the family, I just felt I was destined to do something other than get married, have a few kids, go to the Mecca Club on a Saturday night and have roast chicken and Yorkshire pudding on a Sunday.”

So writes Natalie Rowe, who ran away to London from Bradford as a teenager with just 30p to her name. Within two years she was working as a hooker in some of London’s 5-star hotels, and before long she was able to set up her own business, ‘Black Beauties’, an escort agency specialising in Caribbean, African and Brazilian women. She has ‘entertained’ billionaires, bankers, actors, sport stars, Old Etonians and government ministers.

Your response to Natalie and her book will depend upon your attitude to sex workers, whether or not you’re a Tory apologist, and maybe if you're religious. Prostitution is 'the oldest profession', and as we’re always being told that the free market is the panacea for all ills, what’s the problem if someone provides a service which others are eager to buy? As long as animals (at least live ones) and children are not involved, does it really matter how consenting adults get their kicks?

In the same vein, I’d decriminalise and then tax all drugs, putting the dealers out of business overnight and increasing the revenue which goes into the Treasury. And it’s the Treasury, or rather its present steward, who will be the main subject of interest to many people reading Natalie’s book. George Osborne was her most famous client, he snorted cocaine with her and enjoyed being spanked. None of that matters in my opinion, but as is so patently obvious from his appearances at PMQs, Osborne still uses. Does anyone really believe that it’s milk which he keeps padlocked in a Treasury fridge? I merely question whether someone who may well be addicted to mind-altering substances is fit to be in charge of the nation’s finances.

A number of attempts were made to stop Natalie’s book from being printed, which is as good a reason as any to read it. No doubt those who tried to prevent its publication will now do their best to rubbish it. Whoever proof read it should be sacked, because it contains many grammar and spelling mistakes, but it does provoke some interesting thoughts. Why did the media make so much of Ed Miliband’s ham-fisted (excuse the pun) attempt to eat a bacon sandwich, but so little of Cameron’s abuse of a dead pig and Osborne’s coke habit? Why does the Metropolitan Police seem to have a different attitude to drugs when it comes to the elite, who seem to be able to do what they like without fear of prosecution?

Re: “Whipping Up A Storm” by Natalie Rowe

This looks absolutely fascinating and I'm very tempted to give this one a go.

I'll admit to being nosey and I just want to know what Osborne really gets up to! 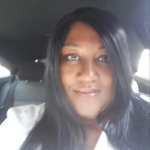 Similar topics
» Julian Assange has caused a political storm. What do you make of it?