A familiar headline in British Sport, but being British we usually manage to keep calm and carry on.

Today the cycling Tour of Britain crossed from Hemel Hempstead through the Cotswolds to Cheltenham in a traditional mixture of sunshine-and showers.  Appropriately the latter were most intense when the pelotons reached Bourton-on-the-Water. 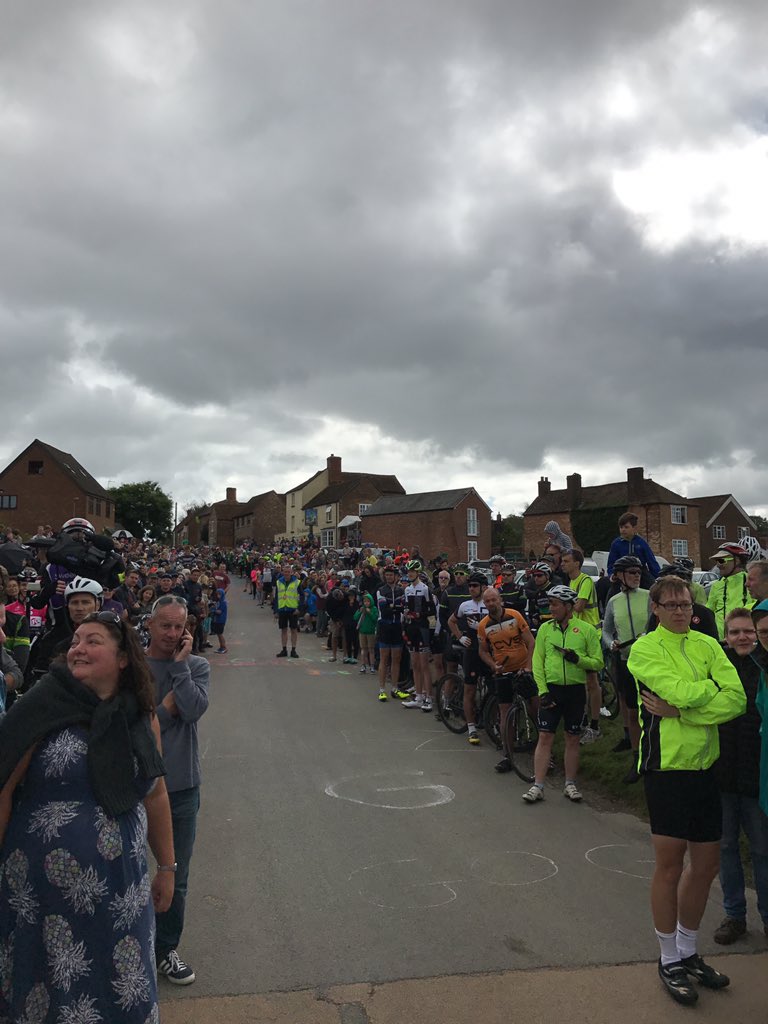 great turnout for what used to be a minority sport