Maybe it's time for the answer. Each of these people had a steam engine named after them - specifically, in each case, a 'Brittania'- class locomotive ( BR Standard Class 7 for the purists).

Also included inter alia were Rudyard Kipling, John of Gaunt , Hereward the Wake and Alfred the Great. I believe that Brittania herself and Oliver Cromwell still exist as preserved engines.

I suppose a purist might argue that what "linked" them was the Walschaerts valve gear. But nobody loves a sore loser, as my old pal Sir Nigel Gresley always used to say.

Walschaerts - a useful name to add to the list of famous Belgians...

Staying on the lines here's a question that should last right up until next year:

Around  1900, a railway company could be very prosperous, and its Directors walked the corridors of power.  Their version of today's "Private Jet" was of course the special train, perhaps the epitome of which was enjoyed by a legendary Clydesider originally brought down to the Capital as Chief Mechanical Engineer to one such Company, which had outgrown its locomotive workshop in London so that an early task was to build a much larger modern factory about sixty miles distant.
This C.M.E. enjoyed a personally designed engine-and-saloon; a single-driven locomotive on a 4-2-4 chassis with integrated inspection cab. Irreverently dubbed by his employees "The Bug",  this private commuting conveyance in elegant company livery had its own place on the timetable, leaving London at the same time each morning and returning after work at the speed of a regular passenger express.

So who was this Captain of Industry?  What was the Railway Company's name at the time, and what precisely were the names of the two locations linked daily in such an accommodating manner?

This might relate to Drummond and the London ( Nine Elms) and Southampton Railway?

Or do I have ideas above my station?

Aye, laddie.  'twas the formidable Dugald Drummond hisself.  The London & South Western Railway had its London terminus at Nine Elms until its line to Waterloo could be completed.  The works was moved to Eastleigh in 1909 so the Chief Mechanical Engineer commuted there daily from his home in the aptly named Surbiton.  The L&SWR was later subsumed into the Southern Railway.
Here is a photo of a model of his private carriage, known as The Bug.

I do hope Cameron doesn't get wind of it, because he might well be taken with the idea of a private train service between Charlbury station and Paddington.

What short exclamation is not a reference to an unhealthy BMI, but is indicative of friendly admiration for a worthy act or statement?

Surely nothing less than an equal share of the Royal Train would do for the great one? It might have to be called The Witney Bugger when in use for Prime Ministerial travel...

Cometh the Leap Year, cometh the question. (No, not that one!)

They are probably all products of a conglomerate stable such as Reckitt & Colman or Nestle ...Unilever perhaps...?

In February 1963, a plump and embittered 56-year-old character actress walked out of Broadcasting House for the last time. She had been fired, partly because of her drinking habits. I wonder if she was still worrying about someone when she died three months later?

Can you name (i) the actress, (ii) the character she had been playing, and (iii) the actress who replaced her after her summary dismissal?

Showing my age. I too was worried about Jim.

Would that have been Ellis Powell?

They were exciting times!

We need to hear from you more frequently...

Phil Hornby wrote:They are probably all products of a conglomerate stable such as Reckitt & Colman or Nestle ...Unilever perhaps...?

There's no fooling a canny investor. Reckitt Benckiser owns all those brand-names and others besides.

Well done indeed, redfordray, my mother never missed an episode of Mrs Dial's Dairy (as we used to call it). So I should have got it, but didn't. Ho hum. But if we are celebrating age here, and why not? ...
Which broadcaster was retired at the age of 81 after serving with the BBC for thirty years?

As a first stab - are we looking at Fyfe Robertson, by any chance?

Or - Sir Jimmy Young? He might fit the description...

Question is very vague (i.e. difficult), with no sign of a subtle hint….

Yes, Fyfe Robertson is one of several characters who would seem to fit the bill. I doubt if it was Freddie Grisewood or Ludovic Kennedy, but how about Alan Whicker, or Kenneth Kendall, or Cliff Michelmore or Richard Baker?

Last word on ‘Mrs Dale’s Diary’. It ran from January 1948 until April 1969. The last words of the final episode were: “I shall always worry about Jim”.

"Which broadcaster was retired at the age of 81 after serving with the BBC for thirty years?"

Subtle indeed if nobody had spotted it.  The use of (passive voice) "was retired" indicates the reality - that Sir Jimmy Young was pushed before he felt any inclination to jump.  I don't think that would apply to the other candidates put forward, though it is indeed an impressive list folks!

What's the link between these two...?

Could it be that the bottom chappie supports both West Ham United and Aston Villa  and the rest of the Premier League possibly. While the footballer has played for both of those clubs.

But it is not the answer, I'm afraid.

I did have my tongue in my cheek when I set the question , however...

I can only recognise footballers when they've been in the newspapers for at least twenty years, and he's not one of those, so I'll have to kick this one into touch. Is the other geezer perhaps a repeat mass fraudster?

PS "tongue in cheek" should be avoided in the presence of impressionable females, for reasons which in my blissful ignorance I don't fully comprehend, and am reasonably sure that nobody else here will either unless they have viewed some backwaters of youtube, by accident.

Ok, ok - the whole question was a cheap shot! ( Is 'cheap shot' acceptable, or is there some innuendo which I've missed?)

The footballer shown is a former Burnley etc. and England international around the 1960s called Ray Pointer . The other fellow is another pointer - most notably at fish and floods.

Should I resign or would you prefer to dismiss me...?

Here's an easy question which requires no soccer knowledge :

Which two people might you possibly find tinkling the ivories at The Hollywood, depending upon with whom you rolled up there on Friday...?

"Spiwak" and "Repetti" sound like medical ailments, but is this they?

I regret to report that, much as I am attracted to the answer offered, it is not they for whom I am searching...

This is no time for your holiday snaps...

I feel the referee may soon regard all this as deliberate time-wasting and issue a yellow card accordingly...

Yellow card?  No Court in the land would convict on the mere basis of a strategic pass to the goalkeeper.  Any further suggestion of irregularity may be dealt with by my Lawyers, Messrs Sue, Grabbit and Runne of Grays Inn or any alternative hostelry of their choice at the time.

Hollywood? Not that twinkly babe-magnet off the TV baking programme, I trust? Incidentally, my regards to our mutual acquaintance Aubrey Webb- Foote whose great-great grandfather earned the gratitude of the Duke of Wellington for services to footwear. As you probably know, since he tells anybody who will stand still long enough to listen.

I withdraw my offending comments in the face of the threat of having to buy your lawyer a drink - they do know how to shift the electric soup in copious quantities.

Hmm... Paul Hollywood, the man who , if he were a meringue, would surely eat himself...no, not he...

Grew up in Paris, sang for Monaco in the Eurovision Song Contest, had a minor role in the film ‘What’s New Pussycat?’, was mentioned in a Bob Dylan poem, has the same family name as an English novelist and poet.

Not that delectable Francoise Hardy? Those days of my youth...

I hope you were only friends with her!

Damn, either these questions are far too easy or there are too many sages on this forum.

In the world of sages, I tend to regard myself as more of an onion... 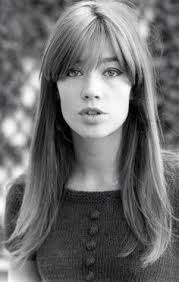 When I was 19 I did have a girlfriend who looked very similar. I still bump into her occasionally. She married an optician, but I can't think what he saw in her...

What’s the connection between the French translation of the phrase “it doesn’t matter”, a recently ennobled dame, and “a posh fat bloke” who died in Bognor Regis on Christmas Day in 1980?

" ...my regards to our mutual acquaintance Aubrey Webb- Foote..."

He often mentions you - in relation to that fiver you still owe him after you lost your wallet at the Henley Regatta in 1983...