1. What is the closest historic monument to where you live?

2. Why is it famous/what is it's history?

3. How many Historic monuments do you live near?

4. Which Monumnet/s would really want to visit and why?


1/ Newark Castle..
2/ Built by the Bishop of Lincoln, the place where King John died, Involved in 2 sieges during the English Civil War ( was Loyal to Charles I) had to be ordered to surrender by Charles I,

Newark is such a confusing castle, a lot of restoration work including original stonework put back if different places.

Closest Historic monument of any size is Codnor Castle in Derbyshire. I'm afraid it has a rather dull history

Not sure if you can put links on here, but if you would like to take a look my record for the site (this is purely a non commercial activity and is intended as an quality educational resource, I derive no income from the site and will not contain advertisements of any sort), a fair few photos

It's evident that a number of Castles were built for social engineering purposes, i.e. to convince the natives that resistance would be useless.

You can start making your list of those in Scotland.

In our own time, has anyone seen anything more gratuitously offensive than the fortified "Police Stations" we built in Ulster?

#1 Washington Old Hall
#2 The General's grandfather owned the pile - George himself was never here. The USAF come every July to raies the Stars and Stripes.
#3 Penshaw Monument visible from A19 and A1(M)
St Peters Church Monkwearmouth Sunderland, St Benedict Biscop and glass - National Glass Centre is next door
Fincale Abbey linked to Venerable Bede
St Paul's Church and Monastry, Jarrow - adjascent to Bede's World (have a look on Google earth)
Lindisfarne Priory - all linked to Venerable Bede and the Lindisfarne Gospels
Soutar Lighthouse, first to be lit by electric light
Cragside Hall Rothbury - First house to be lit by electricity
Roman Forts - Cestria Arbeia too many to mention here
Hylton Castle (the shield of which is believed to have given the idea for the first STAR on the American flag!
Durham Cathedral and Castle
Newcastle Castle and Cathedral
Willington Viaduct - First railway bridge in the world built solely for Passenger only trains
The list of famous people from this area gets long as well - Armstrong, Thomas Bewick, Palmer - shipyard his hospital is still open for business (opened for workers and their families from his shipyard. Stevenson.

#4 The mound left where Fotheringhay Castle stood near Peterborough, where Mary Queen of Scots was executed.

Wish to visit? Temple of the Tooth, Kandy. Love a return visit with the drive through Sri Lanka again.

I can actually see a castle from my flat window on a hill 2 miles away.

I see one old Monument every time I look in the mirror.

Hello Trevor, lovely spot, we used to stop with the caravan at the Haven Hotel (hic)

Not too far from Melton Mowbray and all them luvverly PIES

Is is Belvoir Castle you see?

Is is Belvoir Castle you see?

closest is Crazy Horse Monument (still being carved) Will be the largest carved stone monument in the USA. Depicts the Sioux Indian leader Crazy Horse. It was commissioned by Indian leaders as work was ongoing for the MT Rushmore Memorial to 4 American Presidents. The Indian nations wanted Americans to know that they had great leaders too. The two monuments are about a 30 minute drive from each other. Both are located in the Black Hills of South Dakota.

The Alamo and San Jacinto.

For been such a small town, my home town of Whitby has a lot of history

WHITBY ABBEY - is the place where the method of choosing the dates of Easter were worked out back in 664 ad ( the Synod of Whitby ).

WHITBY ABBEY - is where you will find "Caedmons Cross", Caedmon was the first English poet and was a monk and cow herdsman at the Abbey in the 7th century.

ROYAL CRESENT ( Whitby ) is where you will find the house that Bram Stoker wrote the original novel "Dracula", the novel was also partly set in Whitby.

WEST CLIFF ( Whitby ) is where you will find the monument to Captain James Cook RN FRGS, the greatest explorer and navigator of the 18th century, and a giant of amongst historical figures; Cook learned all of his seamenship skills in Whitby and insisted in using ships built in the town.

ENDEAVOUR WHARF ( Whitby ) is where you will find the Scoresby Monument, Capt William Scoresby was a great maritime scientist, navigator and inventor of the Crows Nest ( look-out ).

EAST CRESENT ( Whitby ) is where the author Charles Dodgson lived for a while, otherwise known as Lewis Carol, his most famous work been Alice in Wonderland.

My favorite monument is a very simple ancient stone cross which is sited by the roadside on the highest road accross the North York Moors, its name is "Ralphs Cross" and is a familiar sight as the emblem of the National Park.
This ancient monument stands around 7 feet high and on the very top of the cross is a hollow where according to ledgend, you would leave a couple of pennies so that a poor traveller who had no money could afford himself something to eat and some ale at The Lion Inn pub further along the route.

My home town has it's very own pier! lol And lots of pies and uncle joes mint balls! 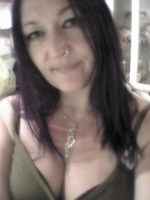 Scrap that trip to Barbados and its fine dining- it's Wigan for me and a quarter of those mint balls under the umbrella...!!!! 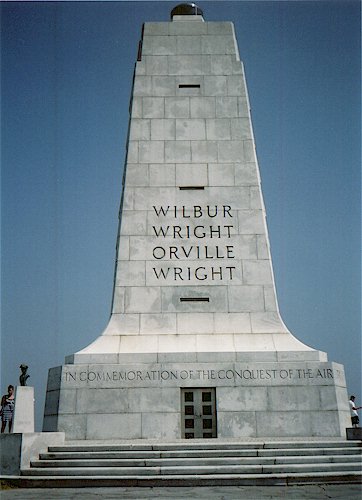 And we have Blackbeard the Pirate. Arrrrrrgh!

The London Gazette snip in here is quite intresting.

Monuments are a useful reminder of the brevity of our own existence.

Despite the economic depravation of the area now, I live close to several historic monuments.

Pontefract Castle - constructed c. 1070 by Ilbert de Lacy as a wooden structure and then built in stone. Never taken by seige, only by stealth. Demolished after the English civil war for causing so much trouble. Often referred to as the Key to the North because of its proximity to York.

Nostell Priory - now an Edwardian stately home, the priory was originally an Augustinian foundation. The monks' refectory can still be seen, now as offices. Ther is also a church in the grounds, St Michael and Our Lady, which was the first in England to be consecrated as Church of England and was the scene of Cardinal Wolsey's last confirmations before his death on the way back to London to face Henry VIII.

Sandal Castle - A ruined medieval castle in Wakefield. It's also mentioned in one of Shakespeare's plays, but I'll be damned if I can remember which one at this time of night!

There are loads around here, thinking about it. Others include:

“BOUNDARY CROSS” on the corner of
Ferrybridge Road and Stumpcross Lane

"OLD BREWHOUSE", on W. side of
entrance to Home Farm

The places I want to visit include the Minoan palace at Malia, Epidouros and pretty much all of Italy (apart fromLake Garda - went and didn't like it!)

Hello Boudica, I am half Italian and can not remember how many times I have been to Italy, yet every time I go I find more to see. I think it a crime that anyone with a liking for history can live and die without seeing Rome.
For me two monuments stand out, unfortunately they are both Italian (Roman) unless of course you happen to be Italian.
Firstly the amphitheatre in Verona, although not a large and grand as the Coliseum in Rome, what it does is after approx two thousand years it is still entertaining the people of Verona. It turns out that the acoustics are perfect for Opera, and it is now used for that purpose. They sell off all the seats they can, then just before the Opera begins they allow the public free access. The atmosphere is absolutely fantastic.
Secondly the old Roman Bridge over the river Marecchia in Rimini, This Bridge is about 50 meters from where my mother was born. It was started by Emperor Augustus and completed during the reign of emperor Tiberius and carries his name, “Ponte Tiberius” After standing for over two thousand years is still in use for modern traffic conditions.

I certainly don't subscribe to the Philistine view of, See one ruin and you've seen 'em all!, and probably the most impressive thing about Roman remains is how widespread they are over the whole Mediterranean area, extending over many thousands of square kilometers. The tourist's jaw still drops at sights like Ephesus in Turkey, El Djem in Tunisia, Morocco's Volubilis and similar sites in Spain like the aqueduct still soaring over Segovia or the Circus at Merida in Extremadura.

All built to impress the locals with the might of Rome. What will mark "Western Civilisation" two thousand more years down the line?

ow said: I certainly don't subscribe to the Philistine view of, See one ruin and you've seen 'em all!,
Absolutely right ow, as there is a story behind and the equal to the monument.
All built to impress the locals with the might of Rome. What will mark "Western Civilisation" two thousand more years down the line?
There will be loads for them to chose from as most Plastics are non Bio Degradable.

What will mark "Western Civilisation" two thousand more years down the line?

Should the West somehow collapse in the same way that Rome did, with peasants letting their sheep graze in the ruins of Wembley Stadium, very little would be left to mark the grandeur of glass and steel skyscrapers and massive metropolises. Our civilization wasn't built to last without heavy maintenance; if cities were left to decay for 2,000 years, very little would remain for those in the year 4013 to see. Oddly enough, perhaps only our solid stone monuments will remain - a person in 4013 may indeed see the crumbling remains of the Wright Brothers obelisk but never know what an airplane actually looked like. 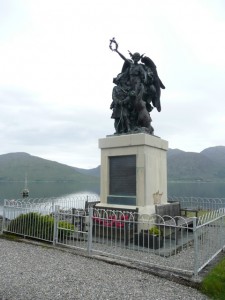 Possibly my favourite monument -and at one of my favourite places, overlooking Skye on the Glenelg Peninsula . Not too far from Gavin Maxwell's Camusfearna...

Found buried in the dirt, 4013 AD: A book entitled “Holy Bible” and a scroll entitled “The Declaration of Independence.”