Further to revelations about Jimmy Saviles apparent abuse of minors - should those who kept quiet about it be subject to possible charges. It seems to me they were 'enablers' of child abuse.

If a person were hiding stolen goods they'd be charged.

Therefore those at the BBC, and others, who were complicit in concealing the odious Savile's apparent crimes should be facing some sort of charge - for aiding and abetting his abuse of minors. Because that is what they were doing when turning a blind eye - is it not?

In fact these people have done far worse than hiding stolen goods - they are guilty of hiding child abuse.

Well, if you go by oftenwrong's philosophy, those who kept their mouths shut and turned a blind eye were just "minding their own business" like a good citizen should. Isn't that right, OW?

Empirically, the last twenty years or so have proved beyond a peradventure that whistle-blowers who tell tales on their Employers have always come off second-best. Nobody, it seems, loves a snitch.

I have been told on good authority that DJs working on late-night radio programmes left a list with the BBC doorman of "fans" who were to be admitted. If the doormen noticed a preponderance of nubile young ladies being "listed" they probably would not have jeopardised their employment by commenting to their superiors.

I don't understand why anybody should now be feigning surprise. Even my grandmother understood that pop groups were followed around by groupies, and in showbiz "The Talent" are notorious for making outrageous demands.

Shirina wrote:Well, if you go by oftenwrong's philosophy, those who kept their mouths shut and turned a blind eye were just "minding their own business" like a good citizen should. Isn't that right, OW?

How pleasing it must be to take the moral high ground. In the real world, anyone who accuses a Celebrity of kiddy-fiddling better have some weapons-grade proof of their story or face the full blast-furnace of English Libel law.

This wouldn't be about reporting it to one's employer (the BBC in this case) - a confidential word to the police alerting them to one's concerns would have sufficed. If enough people, and it seems in this case many were aware of Saviles behaviour, had done this than I'm sure the police may have investigated, or watched, Savile a little more closely.

So your assertion regarding libel doesn't really hold mustard - if people saw fit to raise their concerns in the above 'appropriate' manner.

During the 1960s and seventies, the Police were reluctant even to attend a "domestic".

oftenwrong wrote:During the 1960s and seventies, the Police were reluctant even to attend a "domestic".

I hardly think 'child abuse' would be taken lightly by the police - even in the 60's and 70's.

I also find it puzzling that all those claiming to 'be aware' of something apparently think going to their boss at the beeb would have been the right action!!!! Surely suspected child abuse should be reported to the police - as I've said above.

For all those who turned a blind eye, were deliberately deaf to it, or didn't want to know - I would ask 'how they sleep'? They enabled children to be abused for decades and should be in court for that........

Child abuse should stop...you'd think in a civilized society there would be minimum amounts found of it but no. Be it physical abuse, emotional abuse, sexual abuse or neglect, when the matter boils down to the youth and the next generation then something must be done.

The NSPCC come out with statistics for sexual abuse. About 1 in every 10 children in the UK is sexually abused...again they are statistics but this research has been going on for decades...the figures remain constant.

Even with the Child Protection Acts in place we are going wrong somewhere. 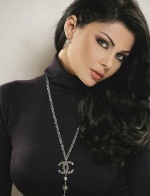 Any kind of child abuse, that doesn't involve gross physical harm is notoriously hard to prove, and OW is right, those who make allegations do put themselves at risk of at best looking like a salacious fool or at worst at risk of being accused of libel, or losing employment. Even as a social worker, in situations where one is morally certain that a child is at risk, it remains very difficult indeed to obtain a court decision where absolute gross physical evidence is not available - back in the '60's and '70's the possibility of child abuse was very rarely even considered. The results of an unproven allegation can be almost more harmful to the child than the abuse itself, not to mention the harm to an innocent person wrongly accused. That's not to say we shouldn't be looking very hard at such behaviour, just that after the event is a poor time to be achieving a good outcome.
When I was growing up, in Saville's heyday, I think it was pretty generally understood among my peers' parents, that he wasn't necessarily a 'safe' person for young people - traditionally, single adult men who seek out the company of children or young people are regarded with suspicion which may or may not be justified.
Responsible parents would ensure that the young people in their care would not be exposed to unsupervised contact with such.
Each of those children had parents or other responsible adults in charge of their care who had the ability and the right to prevent them having contact with people they did not trust. Clearly, those responsible adults either did not see Saville as presenting a risk or were blinded to their responsibilities by the prospect of the 15 minutes of fame - in either case, maybe while we are throwing blame around and having yet another moral panic maybe we should be considering why those parents did not do their duty by protecting their children at the time.