Working into our seventies

Working into our seventies

So, a bright spark who sits in a warm office all day long has decided we shall have to work into our seventies.

A few years ago via the local newspaper I had occasion to chastise our Conservative Mayor who had written an extremely snippy article about the amount of sick time taken by the council's ground workers.

I challenged him to wait until a cold wet day and then take a strimmer out for seven hours.
I asked him how he'd feel after seven hours, going home soaking wet, and covered in wet grass and dog and cat shit [In suburbia cats as well as dogs have a liking for the longer grass against walls and hedges]
I asked him if he'd rather spend time picking up used syringes and shitty nappies, and then compare how many more times he got sick during the year compared to an office worker.
Needless to say I didn't get a reply. The Mayor was around seventy at the time. I guess he thought he was too old. 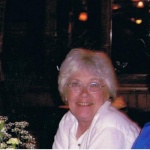 If, Heaven forbid! the present administration should receive continuance from a grateful electorate, things will get a lot worse.  National Insurance contributions could for the first time ever be payable by workers over the age of 65.

The Chancellor has effectively undermined the Pensions Industry by allowing the middle-aged to plunder their own treasure-chest by withdrawing cash.  What will those people do if it's all gone perhaps twenty years before death supervenes?

The really unfair part is that the occupations that tend to be physically gruelling and would be hard for a 70 year old are usually those very occupations that don't have a good pension scheme attached.

I was able to choose to stop work before state pension age because my occupational pension was enough to live on - my brother-in-law, who works very long hours as a kitchen porter, will have to keep working until he can get his state pension because, on minimum wage he hasn't been able to amass a decent pension fund and doesn't have an employer that prioritises setting up a pension for staff - no prizes for guessing which of us is likely to have the longer life.

As you say, socynical, the decisions about this are made by someone with a cushy job in an office, and usually with money apart from their earnings, who will 'work' as long as they want to, such work being, in later life, pretty much nominal - and of course, after a life spent well-fed, warm and comfortable, they could probably keep on doing real work

My father was forced to retire at the age of 65, within 18 months he was dead I have always believed if you are healthy enough and want to work past your 65th birthday it should be allowed. I think if my fatheer had been allowed to work on after his 65th year he would have lived longer as he had worked in the shipyards all his life and when he was forced to retire he did not know what to do with himself.

Mr Socynical retired from his manual job when he was 65 but wasn't happy to completely give up, so re-trained to work with physically and mentally disabled people for the local authority. They are happy to employ over 65s in that sort of work so it was ideal.
He loved it and started off on three days a week.
At seventy he was getting so exhausted he reduced his time to one and a half days a week. He finally gave up last January when he was 73. He's barely mobile now.
The extra money helped although it meant we paid a lot of tax during that eight years but we didn't begrudge it. It made us feel we were still useful members of society.

Our son is 48. A gardener/groundsman. He's had a couple of accidents at work that have left him with a damaged back and fingers and repetitive strain injury in his elbows. At times it's like seeing an old man hobbling along, but he grits his teeth and bears it. He says the systems in place now are so aggressive he refuses to put himself through it.
He'll be lucky to be mobile when he's 65.

Like all of the schemes this idiotic bunch come up with it's doomed to failure and will cost more than it saves.

I guess something that clogs up our thinking on these topics is the notion that 'work' has to be paid.

A lot of retired folk, who are able to will do voluntary work in retirement, or take on paid work that is maybe less well paid than their previous occupation, or train to do something they couldn't afford to think of when they were younger and needed to provide for their family.

I suspect if people were able to move on from the physically and mentally stressful jobs before they suffer permanent harm, and had the choice to work as a volunteer, or to retrain for more congenial work after say 20 years, we would find that people were indeed able to continue to work into old age and as a society we would benefit enormously

Mr Socynical is still visiting the day centre where he was once employed, but now takes his guitar along and gives them a bit of music for nothing, but you can only go so far with voluntary. What should he do when he has a bad day? The day centre can't rely on him turning up regularly. Nor should they.

Working past retirement age is going to depend on a whole range of 'what ifs'.
Previous work, mental capability, physical ability, aims, need for extra income etc. I'm sure there are a whole lot more considerations.
The snag is our government doesn't seem to do thorough research and then sit around a table and thrash it out.

QUOTE: "The snag is our government doesn't seem to do thorough research .... "

Perhaps they don't expect to be around when the consequences have to be dealt with.

I think your spot on OW, the help to buy scheme that Osborne worked out on the back of afag packet will blow up in the faces of the people that used the scheme. I just hope they know just where to put the blame at the feet of Cameron & Osborne & the Tories.

As one of those who has already had their pension age put back a year to 66 I can see many younger than my self not having the a choice of not working into their seventies.......
Under the last Labour governments plan, I would have been able to retire at 65 as planned, but George decided he need to cut costs and if the Tory's get in again I can see them making the pension age move ever further away, every couple of years and all in the name of needing to 'balance the books'
I must say that I do not look forward to trying to toilet an 80 or 90 year old when I am in my late 60's..........

Don't worry, folks! It's a New Year tomorrow, and our valued Government will no doubt remind us, in their own words of course, of how essential it us for us to continue to wipe each other's bottoms in order to meet "the deficit" which they inherited from Labour.

Sorry - just panicked there a moment

You are spot on Boatlady "VOTE LABOUR" and get a gov't for all not the bloody elite. In todays Daily Mirror are letters from the public to Ed asking him to win the general election in 2015 plus a few tips on how to get people to vote Labour its well worth a read.