Thank you and goodbye

Thank you and goodbye

It's a long time since I posted anything in Cutting Edge, indeed it is some time since I even logged into the forum, I never fell out with anyone, let us just say that I did not see eye to eye over various matters and issues concerning the new direction of the Labour Party.

It was a bit of a shock when I read Ivan's email informing me that Cutting Edge was to cease operation at the end of the year, but I believe he has made a wise decision in keeping the forum "live" so to speak, in order that its content can be read and viewed; I also concur with him when he states that these kind of forums seem to be on the wane, it's the way things are moving with the explosion of political pages and groups on Facebook for example.

Make no mistake, everyone who has contributed over the years have in a small way helped to advance politics of the progressive left, politics of Social Justice and of a more human and caring society, for although we may disagree on many intricate points, we all have something in common, for whether you are fan of Hillary Benn & Chuka Umunna as I am, or of Jeremy Corbyn, we have more in common than which divides us.

Well done to Ivan and the board staff, and to all contributors, I hope we can keep a means of contact open, it would be a pity if it was so absolutely final.

witchfinder wrote:....I hope we can keep a means of contact open, it would be a pity if it was so absolutely final.

Indeed witchfinder, and I hope I'm not speaking out of turn in pointing out that Ivan White regularly posts on twitter.

I shall still contribute to Twitter, where some of us from Cutting Edge already follow each other, and of course others are welcome to do likewise. My Twitter ID is @ivanwhite48. I have for years posted links from Twitter to this forum and vice versa, and it’s a pity that that practice is ending. It’s also been fun to collect tweets and post them here, hopefully for the amusement of others. In these dark days of over seven years of Tory destruction, Brexit and Donald Trump, it’s important to retain a sense of humour. I can also be found from time to time on the discussion threads of ‘The Guardian’, but be warned that they often stop the comments after just a few days:-
[You must be registered and logged in to see this link.]

I used to hope that forums such as this one would be places where a semblance of left unity could occur. Before the surge of the bogus ‘Little Englander’ patriotism legitimised by the EU referendum result, I thought that a majority of people in the UK saw decent jobs and homes, a thriving NHS, education, social care and the welfare state as the top priorities. I believed that only the fact that the left is so fragmented allowed the Tories to win elections with policies that help no more than the richest 10%; I seem to have got that wrong! Those who told us repeatedly that you have to be ‘moderate’ while the political centre of gravity moves ever rightwards were also wrong, failing to recognise that the rules of the game have changed. There is nothing ‘centrist’ about the Brexit vote, or Donald Trump’s election, and it wasn’t through being Tory-lite that Labour added more than 3.5 million votes between the general elections of 2015 and 2017.

Labour has always been at its strongest when it has been a broad coalition. I’d describe myself as neither Old Labour nor New Labour but All Labour. I was dismayed when Yvette Cooper, Chuka Umunna, Rachel Reeves and Lisa Nandy made themselves unavailable to the shadow cabinet. Hilary Benn is also a very talented politician who has been running rings round David Davis (though that isn’t particularly difficult). At least Owen Smith admitted he was wrong and was immediately welcomed back to a shadow cabinet post, showing that Jeremy Corbyn is far more forgiving than many political leaders. A government containing all those individuals, along with the best of the current shadow cabinet team, would be far more impressive than the bunch of fifth-raters who hold the useless and incompetent Theresa May hostage. I also hope that the next Labour leader is a woman – Emily Thornberry.

A few members have sent me emails containing some very kind messages. Thank you; I promise to answer them in the near future.

It would of course be a breach of confidentiality to reveal the e-addresses of members here. Anyone who wants to stay in touch with another member should contact that person through our personal messaging system while this forum is still open.

However, I think Twitter IDs are a different matter. They are already in the public domain on that site, and most people are usually happy to receive new followers. It’s also easy to block anyone if you don’t want them following you! I’m therefore posting this list of Twitter IDs of people I follow who are on the list of Cutting Edge members, in the hope that it might help some more of us to stay connected:-
@AdeleCarlyon; @ahddrv; @BernaMeaden; @ChasPeeps; @ciderrose57; @Cllr_S_Mintoff; @cybercheshired; @DavidHeadViews; @firtyfreefousan; @ghostwhistler; @grockleleader; @pari_passu; @quakerpen; @QuietNotStupid; @seefootnote; @Tashski1; @trimonk3y; @WarwickHunt4.

Moonbeam has provided wonderful support to Cutting Edge, mostly behind the scenes but looking after the security and presentation of the forum, checking e-adds and IPs in order to protect us from spammers and hackers. She also has had her own very large forum to manage for the last seven years, with over 1,700 members, more than 51,000 threads and over 2.5 million posts. For those who still have an appetite for contributing to a forum, it is well worth checking out:-
[You must be registered and logged in to see this link.]

Even though I historically didn't post much because I'm not into politics or religion, I am still sad to see this forum close. Like others, my time has become scarce, as I work full time as well as help to care for my bedridden mother. I'm glad to have had the opportunity to spend some of it here with all of you, however.

I do have a twitter account, but don't use it. I spend my limited time on Facebook mostly, as well as on my forum that Ivan so kindly "plugged" for me. If anyone did wish to connect, you can find me one of those 2 places.

I wish everyone well, and you never know. Maybe I'll see you around somewhere again.

Moonbeam - have been colleagues on this forum with you for a long time and I have always appreciated your infrequent interventions - I hope to meet you again as we go our ways - if not - go well.
Have a lovely Christmas and best wishes for the coming year

Boatlady bows out in fine style. If Government composed more such as she, there would inevitably follow a 100% improvement in services to The People.

Which is why the ruling party will always oppose such an obvious threat to their self-interest.  But no reason for anyone to give up doing what they instinctively know to be right.

We are indeed fortunate to have unsung heroes like Boatlady.

Happy holidays to you, as well, boatlady.
Same to the board as a whole.

Have a wonderful time xx

It was a shock to me that cutting edge was to close, too. I've also not been around much of late, my time being sapped by work commitments, and my enthusiasm by the electorate opting for self-flagellation at every opportunity given to it this past decade.

I'm sure that in time there will be space for fora like Cutting Edge where the sensible discussion provides a nice contrast to the venom flying past in the twittersphere where we attempt, in vain, to present arguments to the, frankly, unconvertible.

Cheers everybody. Hopefully see some of you on the other side. 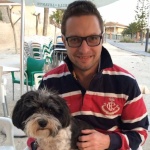 ¡Adios amigos! Wishing all of you a Happy and Prosperous New Year 2018.

Maybe see some of you on the Twitterscape from time to time ?

Last thing I remember, I was
Running for the door
I had to find the passage back to the place I was before
'Relax' said the night man
'We are programmed to receive
You can check out any time you like
But you can never leave!

I am very sorry that Cutting Edge is closing and would like to thank all of the administrators, moderators and posters for making it such an interesting forum to visit and be part of. As a Green, I have sometimes felt something of an outsider and have sustained considerable 'friendly fire' from time to time (particularly at elections!) when I know that frustrations and political passions run highest and the charge of 'splitting the anti-Tory vote' was inevitably made. As has been said so many times, we all have far more in common than divides us. As we pass through these most troubled and dangerous political times we must focus on all that unites us in the face of our common political enemies. That is our task going forward. I count you all as my friends as we rejoin the battle in 2018 and I hope very much to maintain contact with as many of you as I can through different platforms.

Thanks again and all best wishes for the future everyone.

It's been wonderful to have so many imaginary friends (as Boatman calls you all) and I will miss you all dreadfully. I am on Twitter from time to time @firtyfreefousan and can also be found on Facebook (Alison Warner).
Hope to run into you all from time to time.
Still hoping for a change of government next year

I will miss everyone who has posted on here over the past few years, It has been an honor to be part of this board and being able to share ideas and thoughts on the news of the day........Have a Happy New Year....Thank you for having me.........