Having had this rant before on my own blog, I feel I may have covered some ground with this argument before. On the other hand, when it comes to this I can never say enough on the topic. The thing that insults me the most about Mensch is her complete ignorance to the purpose of Feminism. Feminism serves to advance and further the cause of emancipation for women, there are three waves and whether you are first, second or third, you have stood up for the oppression suffered by your gender. Now as a 'Conservative Feminist', you reverse the term entirely; the only thing you are doing is regressing the rights of women. I firmly believe that in modern society there is no place for this.

The problem I have with Mensch today and everyday is her reference to Holistic Feminism. Holistic Feminism is wholly Pro-Life and uses the term Pro-Woman alongside this to illustrate the pain women go through during abortion. Fair enough if you disagree with abortion, that is your choice. However, if that is your choice, then other women should also have the choice to agree or disagree with it. The ethical approach to Holistic Feminism in its pure form seem admirable, but are too often linked to New Feminism. Now New Feminism reinforces patriarchal values, predominantly practised in the Catholic Church, it seems men are still telling women what it is like to be a woman. I have just stepped back from my keyboard for fear of my own red mist right now.

So the holistic commitment to empowerment seems like a great idea. When you throw in economic empowerment you think, yes fine with that! As usual though a little deception is going a long way. Mensch is trying to hoodwink women into believing the glass ceiling will be smashed by the spoilt Etonian males on the front bench of the government, well aren't you the rebel Mensch. Can you now see how that woman takes the work of women over three waves and denounces them in less than 140 characters? If I had it my way she would get 60 if that and I would still not listen to her. As rightly (or leftly) said by @philbc3 on Twitter: .@LouiseMensch How does removing tax credits from mums who work under 24 hours a week count toward "economic empowerment"?

We're getting a lot of this nonsense here in the States, too ... this ridiculous vision of "New Feminism." I've covered a lot of this in my previous posts, but to put it all in synopsis form, here are some of the things taking place in the United States:

B.) Some states, such as Virginia, have adopted laws forcing - that's right, forcing against their wills - women to have an ultrasounds done to them before they're allowed to have an abortion. Ostensibly, they believe that if these women see their babies, they won't go through with the abortion. Critics rightfully call this practice unconstitutional, a medical rape, and a court-sanctioned guilt-trip.

C.) The conservative-controlled House of Representatives (this on a national level) introduced a bill that would legally redefine rape so that it would have to involve a physical attack. In addition, there must be proof that the victim tried to defend herself. In other words, if you were raped because you passed out from alcohol, was drugged, or rendered unconscious before you had the chance to fight back, your rapist would never be tried for rape ... only simple assault. This wholly misogynistic bill was an attempt to further decrease the number of women who received abortions due to becoming pregnant via a rape. In short, they wanted to fudge the statistics to make it look as if fewer women were having an abortion because of a rape. Fortunately, this bill was so heinous that it was defeated, but it gives you an idea of just what lengths these filthy people will travel to marginalize the choices of women.

D.) Ann Coulter, a popular conservative political speaker, got up in front of a group of college students and told them that women should have their right to vote revoked. Not only is this woman a traitor to her gender, she's also a traitor to the democratic process. You see, the reason why she wants to take away our voting rights is because the majority of women vote Democrat. Ann Coulter is a Republican. Sleazy to say the least. (The video of this horrid woman saying this is available on YouTube).

E.) Religious pharmacists - even when not working for a religious institution - have been refusing to fill prescriptions for birth control regardless of the reason. Even though we all know that birth control pills are used to treat a variety of ailments, it does not matter. Apparently these self-indulgent pharmacists have a bigger right to force their religious beliefs onto others than the patient has in getting her proper medication. Nothing is being done about this ridiculous travesty.

F.) Catholic-run medical institutions are raising a fuss over being forced to include contraception as part of their insurance plans for their employees. Conservatives have made an issue over this, blasting President Obama for creating a law that requires even religious institutions to cover contraception in their insurance policies. The irony is that the conservatives are trying to paint Obama as waging a war on religion even though the majority of Americans are in favor of this action ... including 67% of Catholics.

All of these things, and many more, have essentially lost Romney the female vote in November ... I guess we can be thankful that the conservatives shot themselves in the foot by going to war with half the voting population (actually more than half since more women vote now than men).

And now, let the LOL-ing begin. You have to actually see/here this crap to believe it:

This country is full of idiots.

The best thing about that is that she made a complete fool of herself when she thought she was making a clever point. 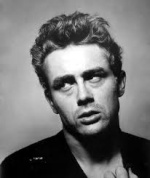