Assad and Syria as a big conspiracy

What should be done about Assad and Syria?

The arab league has tepidly dealt with the syria problem. It is a big problem and a human rights violation at least, as well as terrorism! The army terrorises the people. If Obama wanted to get some votes back he would get stuck in there. There will be very little over turning of the state when they are removed from power, like the first month of the iraq war, then pull out. Let the people build it up again. Of course this might not become reality, what with the us and syria, so the people need a plan.

In such a corrupt world, they would need little encouragement to find illegal arms. With these arms they could fight a civil war. If the arab leauge is serious about the terrorism they could avoid, they could either intervene, or sell weapons to the civilians or defectors. Of course nurturing terrorism is not 'cool', so they would need to do something to thwart it.

"What we have to do is to engage the local people." 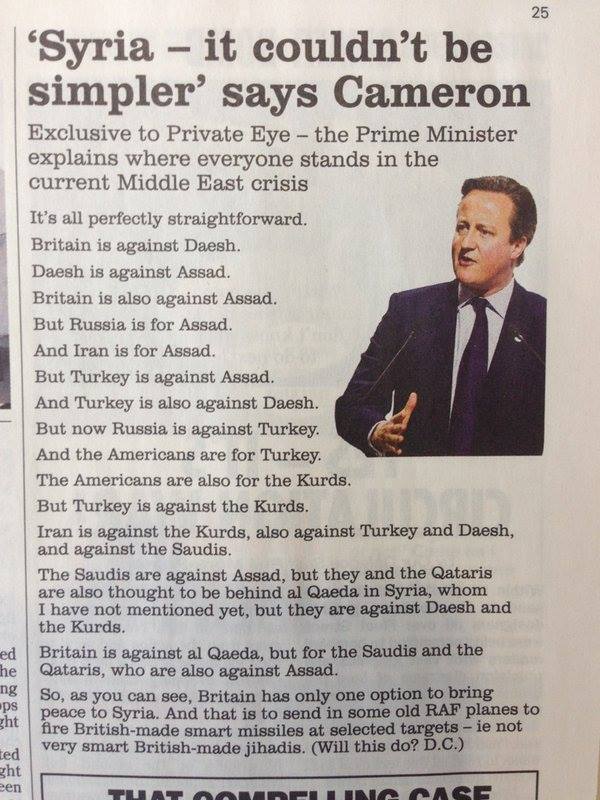 It's MUCH more complicated than that.

A Syrian refugee camp in Jordan:- 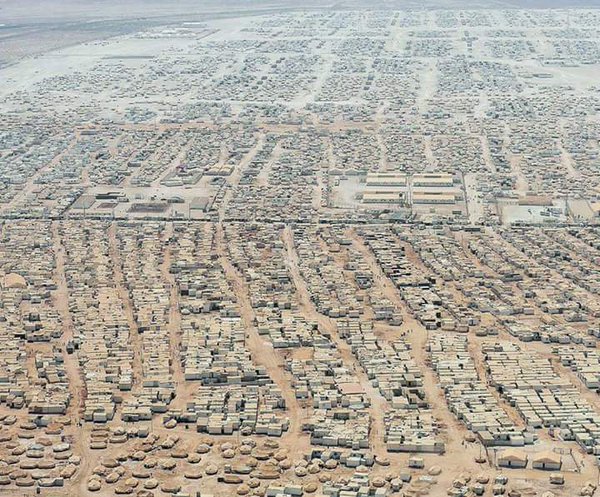 On the same day that we had news of a breakthrough meeting of foreign ministers resulting in unanimous agreement to deal with the Syrian crisis jointly, articles appeared in British newspapers contending that Putin is the biggest threat to the West.

The contrast is puzzling until you recall that the British government has to decide soon on renewing Trident. Enter the bogeyman, stage left.

If there is a war, you either keep out entirely or support one side - nobody but troublemaking nutters pays for small groups of 'neutral' terrorists to murder people aimlessly. The legal Government of Syria and its forces seem about the only rational group there is, and, no, not very rational. If they lose, however, there will be very vicious mass murder of non-Sunni people, and that is the choice.

The thoughts of Chairman Vladimir

The thoughts of Chairman Vladimir


That interference with Ukraine had to stop, particularly when foreign governments dared to suggest that we were not entitled to a Black Sea Port in the Crimea for the Black Sea Fleet.  What would they have thought, I wonder, about an independent state of Portsmouth and Gosport?
The Bosphorus thing will have to be addressed at a later date, but with all those refugees fleeing into Europe to escape the separist war, their thought that I could be inconvenienced by sanctions against Russian exports of gas and financial methods backfired.  And gave me another idea.  With Iraq and Syria already posing serious problems to the Western NATO allies, then spreading to Libya and Tunisia, why not encourage their populations to just move somewhere else?  Like Germany, for example?
Obama thought that Assad was the enemy, so I made him our friend.  Of course, it's a well-tried technique but it caused a lot of fluttering in the dovecotes when we started to bomb Nato's favourite freedom fighters in places like Aleppo and Latakia.  Certainly put the wind up Sultan Erdogan in Turkey!
There's now a tide of refugees swarming across Europe which compares favourably with the autumn of 1945 and will create much the same problem.
Which should distract the NATOs, particularly Germany and Britain, from the next part of my plan - collapse of the EU.

Adherents to Conspiracy Theory have had a busy weekend in Turkey. Commentators in Russia allege, " Turkish President Recep Tayyip Erdogan is scheming to reabsorb much of Iraq and Syria into a neo-Ottoman Empire, using Islamic State jihadists as his unwitting tools to accomplish his goal." Some allege that the "so-called attempted military coup" was in fact Erdogan getting his retaliation in first with a strategic move to neutralise potential opposition.