There seems to be a proliferation of programs which seem to just confirm the Daily Mail, Express, view of those who are unlikely to support this government.

As far as I am concerned the ONLY way http://www.loveproductions.co.uk/contact-us could have made the programme was with active participation of the DWP/government.

The programme was valuable in that it demonstrated the UK is awash with repugnant, thought idle oafs devoid of conscience, humanity, empathy, or understanding. People willing to eagerly lap up this vile Tory/neo-liberal propaganda are people who would have fitted nicely into Nazi Germany and probably hung pictures of Hitler in their homes. Yes Britain is encumbered, and burdened, by a number of docile taxpayers so brainwashed that they can't see that the people on 'Benefits Street' are there because of decades of irresponsible, and neglectful, government and leadership. These people don't need benefit cuts - they need benefit rises and real help.......kicking people when they are down is not the same as helping them.

Thank you C4 for helping expose the vile underbelly of Britain - the uncaring, the vicious, the politically naive, the selfish, self-centred, those devoid of sympathy, empathy, or humanity. Thank you C4 for letting us know that such docile, government programmed, gullible scum walk amongst us.

There will always be those who "work the system" so the best thing would seem to be to change the system.

The cast of 'Benefits Street' have kindly gathered for a group photograph:- 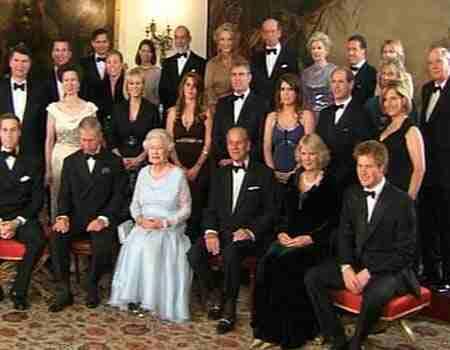 There is no doubt in my mind of two facts
1. There ARE benefit scroungers who take from the system by fraud or by indolence
2. The number of such is very small and repeatedly overstated and dwelt upon by the Tory press (Mail, Express, Sun etc)

I thought this Guardian article was a fairly good description of the actuality. We are talking about Tories hammering 99% of those who DO need welfare support on the back of the 1% who don't. This is not focussed either. In order to reduce that 1% cost by 10% they are cutting everyone's welfare by 10%.

To be honest the effort to close that final 1% would cost more than it would save. When we catch them they should be seriously punished but it really is not worth spending a lot of money on. The problem as I see it is that the headlines make sense - welfare to work - but the reality is that the Tories are not truly interested in this just in a reduction in the welfare bill. Not even 'Let them eat cake'.!?


I have had an inspiration

Why not privatise the benefit fraud teams. Franchise it out to the TV companies (for real money

)who can both make programs about scroungers and also do a public service and stop the fraudsters.

Maybe Channel 4 will make a documentary or two on this next, but I won't hold my breath:-


I have had an inspiration

Why not privatise the benefit fraud teams.

I would much rather privatise the tax evasion investigation teams on a "no cure, no pay" basis of 1/2% of everything they recover. (That may not seem much of an incentive but 1/2% of £100 billion is a significant incentive.)

buckspygmy wrote:I would much rather privatise the tax evasion investigation teams on  a "no cure, no pay" basis of 1/2% of everything they recover. (That may not seem much of an incentive but 1/2% of £100 billion is a significant incentive.)

One of the first places to look is avoidance of UK Tax just across the Irish Sea, where Corporation-tax is so much lower than here, and Global companies trading in England declare their profits in Eire. A Sales Tax on foreign companies trading here could produce a surprising amount of money.

oftenwrong wrote:One of the first places to look is avoidance of UK Tax just across the Irish Sea, where Corporation-tax is so much lower than here, and Global companies trading in England declare their profits in Eire.  A Sales Tax on foreign companies trading here could produce a surprising amount of money.

Not that the Tories would give a toss as most of the companies probably have Tory share holders BUT, correct em if I am wrong, surely declaring the point of sale is where the customer is would have a serious impact on this problem. Certainly where say Amazon is concerned.

When you are talking hundreds of thousands, it's possible to obtain expert advice and still save money. Global companies shift their takings around between subsidiary companies all over the World until it reaches a cheap haven.

Anything to take the focus off Universal Credit

I'd welcome something to wipe that smug smile off Gidiot's face.

I'd welcome something to wipe that smug smile off Gidiot's face.

This could do it from 2.5 kilometres:-

The little chap in the photo looks about as impressed as the rest of us with the visitor to his classroom...

A little chap presumably inherited from the previous Labour government.

The programme was reviewed this afternoon on the Media Show on Radio 4 - anyone catch it? I just got the last couple of minutes where the programme makers were telling how much the participants LOVED being on the show.

For Channel 4 it has the attraction of providing a cast who don't demand the appearance fees of professional actors.

From the BBC
Catherine Bennett, in the Observer, takes a different angle on the story, criticising "the fact this wholly unemployed cast was made by its Channel 4 gangmasters to work for nothing". She goes on: "Everyone - from politicians and programme makers to five million viewers and countless columnists - seems to have extracted something of value from Benefits Street, apart from the people who live there."

" then Channel 4 has surpassed its personal, storm-of-protest best, to a point that is perhaps best compared, given the lack of direct, outrage-generating competitors, to Michael O'Leary's achievement, when he proposed making his passengers pay to use the Ryanair lavatory."

"But no one, other than perhaps a Tory MP, could describe the dismal insecurity on display here as a lifestyle choice."

"Money? Totally see where you're coming from but it's against our strict protocols for non-exploitative conduct, we can offer you expenses, £15 for the series, bear in mind that's three times what they paid the Embarrassing Fat Bodies, and you don't even have to take your clothes off! Though nobody's stopping you! So if you'll just sign the release form – here – and here – and here – best get it sorted out before we start filming. Honestly, don't tidy up first!"

Her whole article is HERE

It might actually seem rather appropriate that the TV producer, Love Productions, wishing to illuminate a "something-for-nothing" culture should not be willing to pay anything for it.

Police have charged a number of people living in TV's "Benefits Street" with drug offences.

(All the charges listed are "Conspiracy to ....." which is the standard cop-out when there is not much evidence that might support a charge of a specific unlawful activity. The Police must be under pressure from somewhere to "be seen to be doing something".)

Adapted from an article by Simon Wright:-

Paul Nischal, who was a friend of Thatcher and stood for the Tories in the 1983 and 1987 general elections, rakes in thousands from families living on the breadline by renting out damp homes with faulty heating. He’s believed to make nearly £3,000 a month from his three properties in ‘Benefits Street’, most of it funded by the taxpayer in housing benefit.

Nischal’s property empire is worth £7 million. He owns more than 120 mainly run-down houses and flats across the Midlands and in Liverpool and London, while he lives in luxury in a £750,000 gated house in a smart suburb of Birmingham.

Comes as no surprise - since the near demise of decent social housing, it's possible to rent out any old dump to those who need to claim Housing Benefit - and there's nothing anyone can or will do about it.

If a tenant uses their risibly slight powers to take their landlord to task, the 'assured short term tenancy' just doesn't get renewed at the end of the 6 months

Over to you, Ed - when are you going to start embarrassing this rotten and corrupt Government over such matters...?

In a recent Poll, 17% of the respondents thought that Ed Miliband was "upper class".

Well, he IS a posh

Why cant wealthy educated people have a social conscience.

Paradoxically, it's the one thing they can't afford...


1.desire to benefit humanity: a desire to improve the material, social, and spiritual welfare of humanity, especially through charitable activities
2.philanthropic act or group: a philanthropic action or organization
3.love for all humanity: general love for, or benevolence toward, the whole of humankind
4. not found in Tory speech

"Daytime Television" is one of those dog-whistle comments which are made to deride students and/or benefits claimants and the like, but it has a reality in demonstrating the evils of moneylending.  In between watching the French Open Tennis on this Bank Holiday Monday I saw adverts for personal loans at rates of interest from 50% to 99%.  Even the blood-sucking Banks will lend at 5% to customers (itself already twenty times bank-rate).

How can this be legal, or socially acceptable?

Sub-prime lending as it's called was the root cause of the Credit Crunch of 2008. Will we never learn?

Things generally are now so bad it seems inevitable that May and the Tories will at some point be found out - in the same way that the Major era ended in a mire of sleaze and dishonour.

But it can't be soon enough...

This, in the sixth richest country in the world, after seven years of being ruled by Tory vermin:- 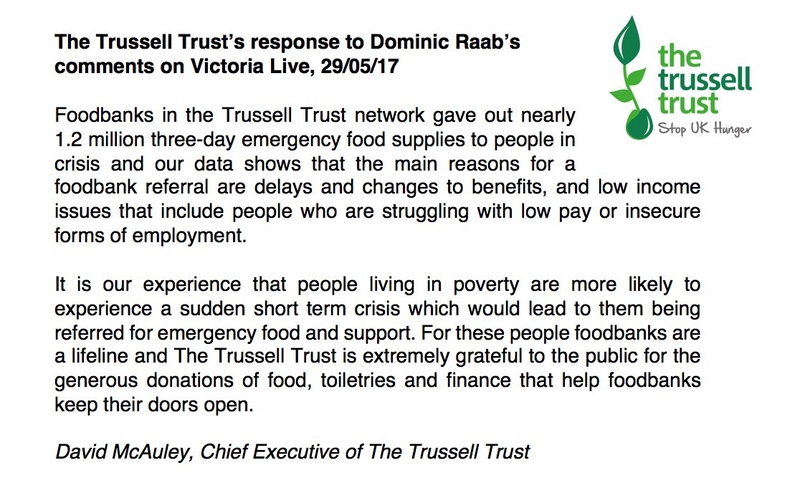 They give vermin a bad name...