What makes you a journalist?

What makes you a journalist?

Being a journalism student, I still feel strange when someone refers to me as a journalist. I certainly have to gather more experience, to gain more skills and to prove myself before I can say “Hi! I am a journalist!”

Today we had an extremely insightful lecture on Media Law and Ethics and I couldn’t stop making parallels between the academic theories and the Bulgarian reality.

We discussed what makes you a journalist. Among the answers we mentioned were:

I get paid by a big media organization
My job specification has “journalist” in it
I publish stuff
I am good at writing and getting people to talk
But is any of them (or all of them) enough to make you a journalist?

This question really intrigued me after I saw what happened in Bulgaria on Sunday. I thought that nothing can surprise me anymore, but I was wrong. Rosen Petrov, the host of one of the leading talk shows in the country, declared in national air that he is joining the party of Nikolay Barekov who also recently decided to step back from journalism and to enter politics. After the declaration the interview between the two went on normally.

At first glance, you might thing that this is a quite upright step – in the end, Petrov did not lie about his political affiliations, but if we look again the first question that will strike us is: how can you, as a journalist, use national air for your own political goals?

Can a journalist actually have his own political goals?

In Bulgaria there is nothing unusual for a journalist to turn into a politician overnight. Even the leader of the nationalist party ATAKA Volen Siderov used to work as one and I have heard that he was good (I don’t remember that time, unfortunately). Barekov’s party is thought to be one of the parties that will perform surprisingly well on the upcoming European elections.

Here I wanted to explain you what is wrong with his party. However, as I couldn’t answer the question “What is right with it?”, I will return to the main topic.

I came up with this short list of characteristics of a journalist. They might be naive and I might not have the right to answer the question “What makes you a journalist?” yet. But still that is what I want to believe of journalists:

They objectively present facts
and put them in the right context.
They find the right balance between autonomy and accountability
and follow the existing ethic codes.
They are socially responsible.
After Sunday, I am not sure if Petrov ticks any of them. But I won’t stop believing that there are people who do and that journalism has its future, even in Bulgaria, because as Tomas Jefferson said:

The liberty of speaking and writing guards our other liberties. 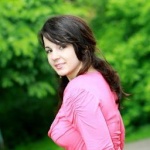 Guardian leads on April the First

In our Google era, indexers are the unsung heroes of the publishing world Sam Leith

Observer food critic Jay Rayner is known for his scathing reviews, but his takedown of Michelin three-star restaurant Le Cinq is being hailed as a masterpiece:

Many of us would have to yield the floor when it comes to the flavour of condoms, but a serious point is being made here. Is ANY meal worth £600? What value do you place upon your stomach and digestion?

call me a Philistine - but the only thing I ever order in a restaurant is steak - everything else I might want to eat I do better at home
(I do sometimes go to a tapas bar, but that doesn't count)

I think 'fine dining' is more of a spectator sport