Manufacturing, does it matter?

Manufacturing, does it matter?

I have always believed that the 1980s Tory party policy that lead to the unbalancing of the UK economy and away from UK Manufacturing and production Industrial base was a very big mistake. I myself never felt that Thatchers move to push the UK economy into the financial service sector was truly sustainable or reliable economic policy for the UK. That the German model of its small financial sector that's main role is to support and invest in its manufacturing and production industrial base was by far more stable for our economy. as this was also the back bone of much of our own Economy in the first part of the 20th Century.

The financial sector of the economy has had a history of greed as was seen in both the 1929 Wall street crash and 2008 World banking crash. The Financial sector has been driven by markets that feed on rumour and distorted balance sheets and short term economic gains for the very few. for me..this area of the economy will always be subject to abuse by less scrupulous elements within the City. its also my own view that no amount of financial service regulation will ever totally control the financial service sector; the best we could hope for is too lesion any impact a crash would have on the Whole UK economy in general.

Now the right wing always claims that in the 1980s that UK manufacturing was run with out dated plant and poor management and was full of industrial relations issues. So the move to financial sector was the only future for the UK economy and Thatcher and the Tory party sold this a some sort of shareholders democracy. This would be funded on the back of North Sea revenues. while we would all become a service economy, I rather suspect that this policy of unbalancing the UK economy had a great deal more too do with Tory party fears of the so-called Union power of the 1970s. This was confirmed in Alan Clarkes History of the Tory party and had a great deal less to do with the economy. In other words you weaken manufacturing while at the same time weaken the Union base at the same time. while turning as many people as possible into this individual home owning and shareholding democracy that was feed on this idea that you could borrow cheap credit from the City, While they in turn borrow from out side the UK.

I have argued for well over 30 years that four things would result in this policy. (1) we would see a speeding up decline in UK manufacturing investment that in turn would lead to a decline in manufacturing share of UK G.D.P (2) That we would see an increase in UK Import with a trade imbalance that today sits at £65 Billion (OBR) (3) That as manufacturing fell away that long term Unemployment would rise and that low wage incomes would result due to a much more unstable employment market. (4) That there would be a sea change within education as UK youth move from manufacturing to the service sector. as the education standards and needs are lower outside the manufacturing industrial base as a whole.

Today the new argument from the right wing is we must compete with the low wage and low quality economies of the far east. its my view that once more this is the wrong road to go down. as no matter how we try will can never compete with these sorts of economies. We should follow the German and even the North Italian models of high quality manufacturing sector.

As for me. Well I believe that while we have this government our manufacturing sector will just go into a greater decline, as every policy they have is for the financial service sector. as Cameron even went to Europe telling us that he would defend the City NOT Manufacturing?

No asylums left, guess who closed them for "Care in the Community"

I assume they think thus far they are safe!!

astra
That is very funny...as the very idea of them having any "Care in the Community" is quite absurd...

If Gideon goes on like this we will be in a Gross domestic product decline with a de-industrialisation of our manufacturing industries for years to come and will only speed up now. The impact on our public finances will be twofold. first a massive decline in manufacturing employment will take place again with a reduced tax base. the outcome will be one of substantially fewer worker, especially male manual workers, in full time employment, with a long term growth in unemployment. thus revenue to the exchequer will be curtailed and social benefit payments will be cut again in real terms.

secondly, the state will in the end have to move to protect post-tax profitability of what is left of our industrial companies and my well have to increase direct grants and other forms of aid to them. as there will be a decline in manufacturing investment and capital expenditure. I believe we could well see major technological innovations within our industry coming to a stop while we see a intensifying of international competition take place as our economy losses its competitiveness in key overseas markets as they take advantage of our lack of any economic growth policy.


Gideon is speeding up our decaling market share with his policy of retreat. the 0.7% in Q2 and the deteriorating economic performance will have a extreme impact on our on our overseas trade with a greater swing to net imports. We could see a sort term boost due to London Olympics and ticket sales and visitors' spending. but I expect this to fall away by Q1 in 2013. What is very clear is that construction is a direct result of this governments disproportionate capital cuts in public spending. The influence must also have been felt in timber, furniture etc.

if all these UK economic figures are brought together they signal the most profound structural crisis for the British economy in my life time. but all of that has been made far worse by a grossly mismanaged recession, which in the hand of this Tory lead Coalition government has turned into a devastating economic slump.


However, How lucky we are to have Gideon leading us even faster into economic recession while standing next to a building site black hole. But once more in interviews the Chancellor claimed he was “relentlessly focused” on sorting the economy out in the same way (presumably as King Canute was also determined to keep the tide back?). This, as ever, was worthless economic right wing drivel because it is clear to all that the government's economic policy of austerity has failed and they have no clue what to do.

All we hear from our so called Chancellor was yet more excuses about our dwindling economic position while still attempting to pass the blame on anyone or anything other than himself. Still I have every expectation that within a few days the UK will lose its AAA credit rating. I never thought it was actually a big deal as proved by the fact that when France was downgraded and bond yields fell. But Slasher Osborne set it up as something he should be judged against and so we should all do that. 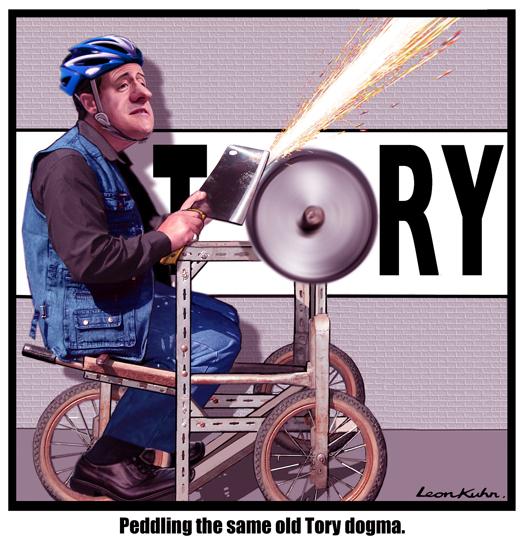 This extract from the history of a British company is interesting, but the entire story is absolutely typical.

After the war there were improvements in working conditions. Working hours were reduced and there was one week's paid holiday a year. The Social and Sports Club was formed, with the sports pavilion opening in 1925. The company had many sports teams, including bowls, netball, cricket and football. At this time all employees still walked or cycled to work, including the directors and managers. There was a bicycle kept at Bedford Station for when directors visited from London. At this time a Sick and Benevolent Fund and a Pension Fund were also introduced. The factory also had its own fire brigade.