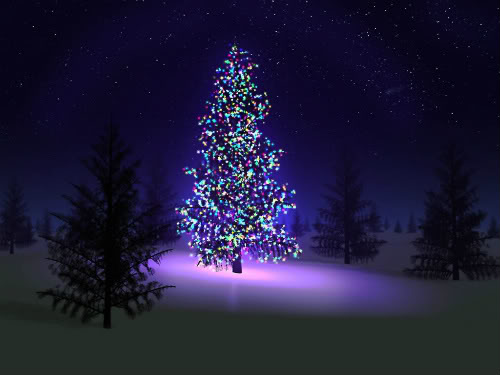 I think this is a very beautiful version of Carol of the Bells . . .

Such a beautiful season, I just wish we had snow, the old fashioned fluffy stuff that stays around for a while making the world quiet and bright.

It's the beginning of Summer in Oz... 23 Celsius and sunny.

That sounds wonderful, True Blue.   I wonder how lobster would taste with sage stuffing?

Thought you might enjoy this uniquely American Christmas song. .

A Very Merry Christmas to all on Cutting Edge, even you atv. Bob

To all on Cutting Edge.
Have a Merry Old Christmas - May you all be surrounded by the love of family and the laughter of dear friends.
Best wishes for a happy and prosperous New Year.
And to you Bobby, thank you for your message, may your home be blessed with love and laughter. atv

And a very merry Christmas to youand yours atv, see you next year. Bob

I just wanted to say Merry Christmas to everyon one on the Cutting Edge forum. I am glad i signed up. Hope everyone enjoys their holidays.

A very Merry Christmas to one and all

And a VERY happy New Year!

On this suspicious occasion, I'd like to wish for everyone everything they'd wish for themselves.

Merry Christmas to one and all.

xmas....for fux sake. The biggest rip off the salesman ever invented.

xmas....for fux sake. The biggest rip off the salesman ever invented.

There's a scrooge in every crowd. Merry Christmas to you anyway.

You or anyone else doesn't have to shop to enjoy a Christmas dinner with family and friends. 8-)

I'd just like to say that I received a pair of red trousers for Christmas, and am wearing them again today by popular demand. Please be kind to any self-conscious gent you may spot similarly attired when you're out shopping today.

I was shocked yesterday by the fact that Mrs Hornby could only afford to buy me a jacket with no sleeves. However, I am told it is called a 'bodywarmer' and is designed to be that way, so things may not be quite as bad as I thought....

A belated Merry Christmas everyone, all the best to you all for the New Year.

I am not surprised to find out that the Pope is of the same opinion has me, that, commercialism is killing Christmas. We are supposed to be celebrating the birth of a boy child, not filling the coffers of shops and stores all over the country. The sooner we get back to basics the better it will be, they are not bothered about Christmas, just how much profit they make.

Phil Hornby wrote:I was shocked yesterday by the fact that Mrs Hornby could only afford to buy me a jacket with no sleeves. However, I am told it is called a 'bodywarmer' and is designed to be that way, so things may not be quite as bad as I thought....

Phil, if you want to keep your arms warm, then get extra long gloves.

Well, with the economy in the crapper, a little commercialism this year might not be such a bad thing.

Its another holiday for us in the UK aswell as in Australia, Canada, New Zealand and various other nations - but not in the United States

The origins of Boxing Day are when the rich give to the poor, its actualy a blend of two or three different very old traditions, all connected with giving succour to the poor.

Anyway, hope everyone had a lovely Christmas Day

This is probably a good opportunity to thank all active members for their loyalty and support in helping to make this forum viable since we started it on 7 October.

The forum would never have happened without witchfinder's initiative, and I'm especially grateful to those who joined us when we only had a handful of members but worked hard to stimulate discusssion while I was trying to recruit members elsewhere! I'd also like to thank the moderators for their work on the boards, for their advice, and for working as a team to make collective decisions as and when they've been required.

Phil Hornby wrote:I was shocked yesterday by the fact that Mrs Hornby could only afford to buy me a jacket with no sleeves. However, I am told it is called a 'bodywarmer' and is designed to be that way, so things may not be quite as bad as I thought....

Phil, if you want to keep your arms warm, then get extra long gloves.

In sharp contrast to some others of our acquaintance, for whom one of those jackets with unusually long sleeves might appear to be appropriate.

HAPPY NEW YEAR TO EVERYONE ON CUTTING EDGE 2,

Well, with the economy in the crapper, a little commercialism this year might not be such a bad thing.

My bad, I only spent $50 shopping this year. Everyone had birthdays in November so that shot it for me. They had a choice of one good gift or one less expensive for birthday and Christmas, they all chose one good one for birthday.
Their decision and imo it was a good one.

We all crave certainty and a hundred wrong predictions will be quickly forgotten in the face of one correct one.
Bearing this in mind,
my prediction for 2012 is that the world won't end.
It's a solid dependable prediction, and if I am wrong you can all tell me so.

HAPPY NEW YEAR to all.

Wishing everyone a Happy New Year

Wishing all at Cutting Edge and very happy new year

As of now, of the fifty states of the United States, only Alaska, California, Hawaii, Oregon, and Washington are not in 2012.

I wish everyone a Happy New Year

hear all, see all, say nowt
eat all, drink all, pay nowt.

and if though ever does owt for nowt
allus do it for thy self.

You know, I play a game called Star Trek Online. Recently, I bought myself a new starship, and the random name generator named my ship USS Yorkshire.

Thank you for sharing that with us, Shirina. Is the rest of the name Terrier or Pudding?

Thank you for sharing that with us, Shirina. Is the rest of the name Terrier or Pudding?

The thought had crossed my mind.

Thats quite funny shirina - did you know that the space shuttle "Endeavour" was named after a ship used by Captain James Cooks on his first voyage of discovery. ?

The original "Endeavour" was built by Thomas Fishburns ship yard in my home town of Whitby in Yorkshire, originaly a coal carrying ship named "the earl of pembroke".

At this point, the discussion usually turns to Inspector Morse.....

It can be amusing to witness the facial expression of someone named e.g. "Mohammed" or "Lee Wong Yu" when asked for their Christian Name by some British official.

A few years ago, a lady who worked for a London council was sacked after starting a meeting by saying “let’s get down to the nitty-gritty”. When John Denham, as a government minister, used that expression while addressing police officers at a conference, he was told that it was banned but he wasn’t sacked. Neither of them realised that the phrase referred to what the slave traders called the debris left at the bottom of a ship after one of those eighteenth century voyages across the Atlantic (during which, on average, one-sixth of the slaves would die).

These days the PC brigade will also pounce if you use the expression “you’re a good egg”, because it’s linked with the slang “egg and spoon” which rhymes with a derogatory name for black people. And so it goes on…..

I suspect that if a British official asked anyone for their 'Christian name' that would also be a sackable offence. When did you last fill in a form that asked for such a thing, don’t they all request your 'first name' nowadays? In reality, Britain isn’t a Christian country, since fewer than 5% of people attend church regularly (and more people go to mosques than to the Church of England). It’s bad enough having royalty rammed down our throats continuously (“old man sits in front of car after coming out of hospital”, “old man is applauded for walking 400 metres to church”), we don’t need to be force-fed religion as well.